These ’80s Concept Cars Were Either Ahead Of Their Time, Or Just Plain Bonkers

The 1980s was a time of change for the automotive industry. It saw the excess that the decade was known for trickle over into car design and predated the relatively sedate ’90s. The ’80s were unique, and even more so for concept cars, as shown in this compilation by Goodwood Road & Racing.

The French were renowned for their unique designs, so the Citroen Karin came as no surprise. Rather than show the world how the company envisioned their future of car design, it was cooked up rather quickly as the double-chevron’d marque realized they had nothing show-worthy to display at the 1980 Paris Motor Show. Its creator, Trevor Fiore, crafted an extraordinary pyramidal design. While the Karin didn’t spawn any production models, it raised a fair few eyebrows due to its unique seating arrangement. The set-up was a three-seat layout with the driver being in the center, predating the McLaren F1 by a considerable margin.

Read: QOTD: What Kind Of EV Should Lamborghini’s Fourth Model Be? 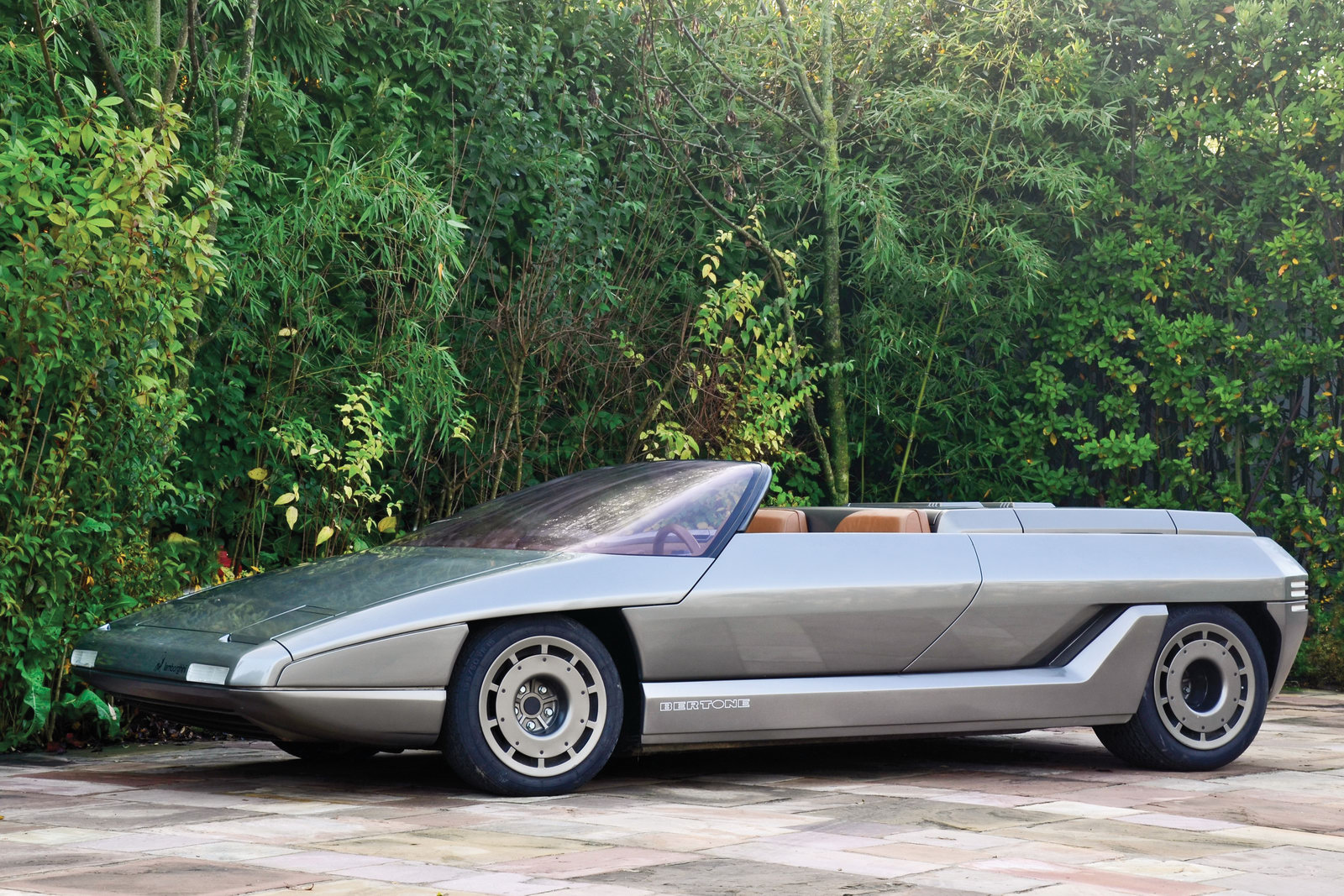 Of course, the Italians also have their place in creating some unique designs. Bertone has been responsible for some of the most concepts to this date. The Lamborghini Athon was a car designed by Marc Deschamps. Deschamps saught to create a statement with the Athon as it was his first under the Bertone brand. The one-off Lambo sported a 260 bhp, 2,996 cc transverse mid-mounted V8 in a futuristic “Spyder” body with plenty of digital gizmos for the interior. The car was unveiled at the Turin motor show and shortly after went into the Bertone private collection.

While the Athon saw some relevance to the real world, right down to its early interpretation of an in-car touchscreen, Bertone’s counterparts at Italdesign created a vehicle many would struggle to understand. The Italdesign Machimoto from 1986 answered the question no one bothered to ask: what would happen if you crossed a VW Golf with a motorbike. The outlandish design could seat nine people in a sort of theme-park-ride-style tandem arrangement.

The minivan would go on to become a buyers’ favorite, especially in the U.S., but back in the 1980s, it was still a thought-in-process, with manufacturers still experimenting with the concept. Pontiac and Bertone responded to this need with their designs. Pontiac came up with the Trans Sport and Bertone with the Genesis. Both ideas surprisingly had gullwing doors. The Trans Sport also featured a host of digital items. The front and rear windscreen sported a digital screen, with the driver having a heads-up display. The Trans Sport eventually spawned a production version in the ’90s but didn’t have all those futuristic digital gizmos — nor the gullwing doors. The Genesis, on the other hand, had a massive V12 from a Lamborghini Countach. The car was built but never went into production. 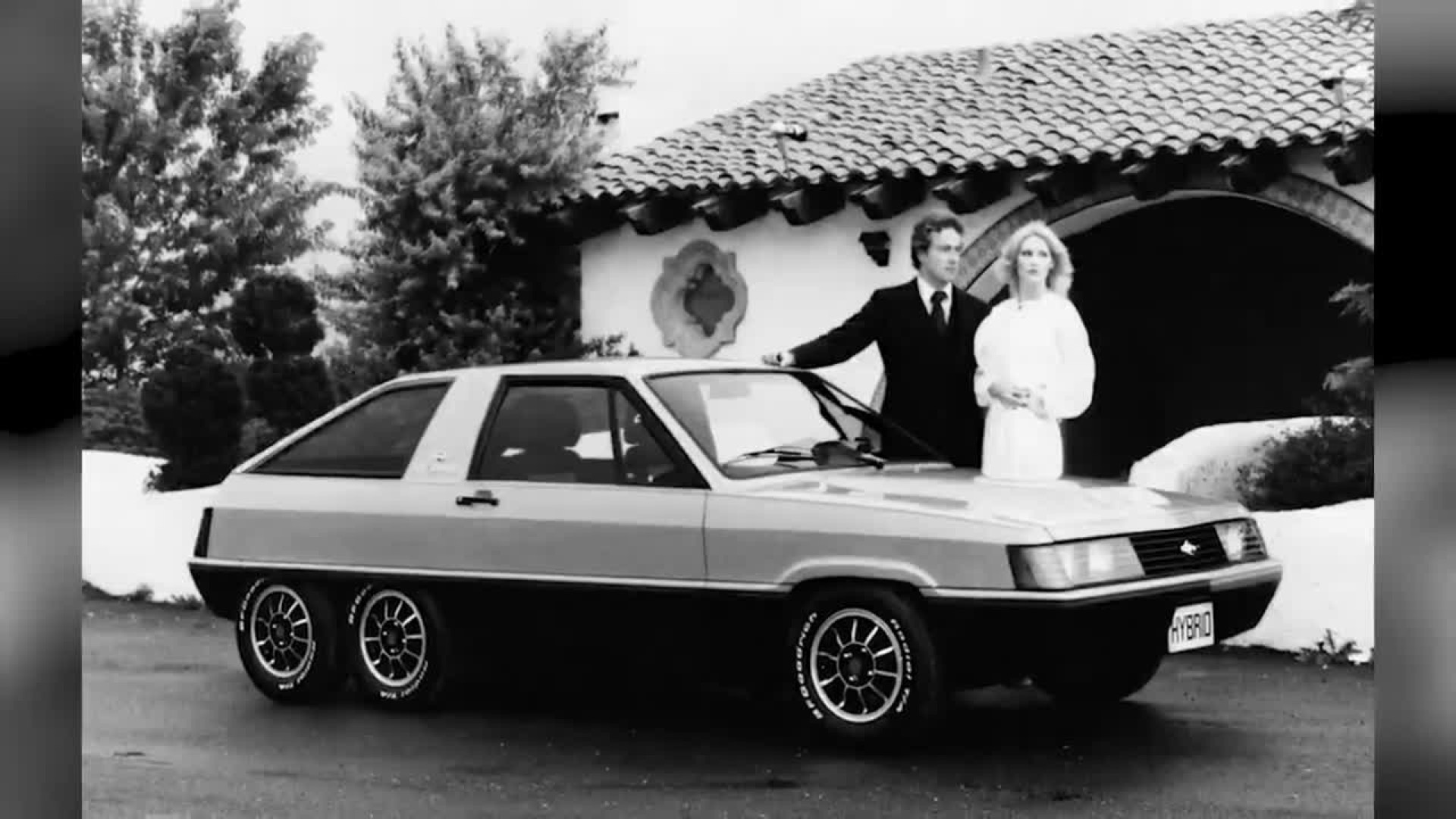 The world of Formula 1 has seen six-wheeled vehicles before, but it was still a novel concept when Briggs and Straton unveiled one of the world’s first hybrids. The company, better known for its lawnmowers, thought it had an answer to the fuel crisis. The six-wheeler sported a 694-cc flat-twin engine coupled to 12 6-volt batteries, which gave a range of 50 miles (80 km) and a top speed of 68 mph (110 km/h).

Another more-wheels-than-standard behemoth came in the shape of the eight-wheeled Plymouth Voyager III. The Voyager III was not one but two vehicles conjoined when more space was required and was Plymouth’s answer to the American market wanting more space. The Voyager III mated a 3-cylinder hatchback to what was essentially a trailer with its own engine. So weird, yet so inspired.

Read More:These ’80s Concept Cars Were Either Ahead Of Their Time, Or Just Plain Bonkers

After Lavish Nights of Clubbing in Bangkok, a Covid Outbreak

Next BMW 7 Series Will Be Previewed As A Concept In September: Report

The 2021 Aston Martin DBX excels in all four seasons

How To Prepare And Maintain A Car For A 50,000 Mile Road Trip Around The World

This wild concept car snaps together like Ikea furniture

Ford’s new $20,000 pickup could be a game changer, but only if it can convince

How China Could Change the World By…

Around The Middle East Real-Time…