By Chris Jewers For Mailonline

An Arkansas police officer was shot and injured at a McDonald’s on Saturday as he confronted a kidnapper who had snatched a 14-year-old girl from North Carolina.

Carpenter, the injured cop, was airlifted to hospital but is said to be ‘in good spirits given the circumstances’ and is expected to make a full recovery.

The girl, named as 14-year-old Savannah Childress who went missing from Denton, North Carolina, over a week ago, was found safe. 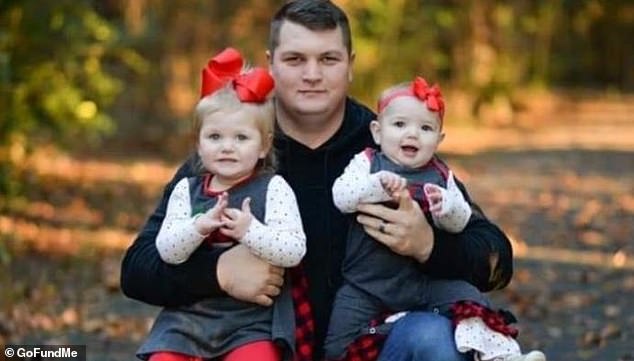 Arkansas police officer Cody Carpenter, pictured, was injured in the line of duty while confronting a kidnapper who had abducted a girl from North Carolina 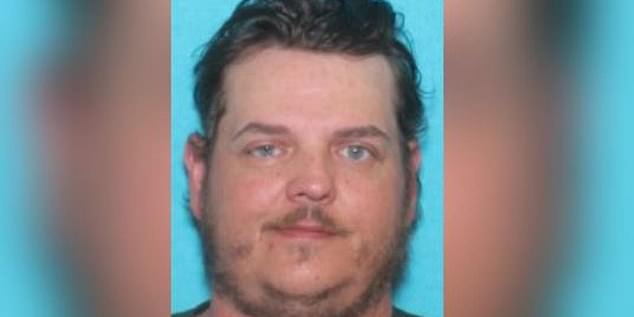 William Robert Ice, 38, of Jackson Center, Pennsylvania, shot an Arkansas police officer when he was confronted after his SUV was recognised as being linked to a child abduction case. He was later found in his car with a self-inflicted gunshot wound to the head

The gunfire broke out after Ice’s SUV was found at the fast-food restaurant around 8pm on Saturday in Lonoke, about 27 miles from Little Rock.

Ice, of Jackson Center, Pennsylvania, initially complied with orders to step out of the vehicle, but then aimed a gun and began shooting at the officers.

Carpenter was hit, while his colleague Brandon Ray, who was uninjured, returned fire as Ice got back in his vehicle and fled the scene.

Ray is on administrative leave pending an investigation, but Lonoke officials said they expect him to make ‘an honorable return to duty’ once the inquiry is complete.

An Arkansas State Trooper later spotted the SUV and pursued it until the vehicle became disabled in a snowbank. The 14-year-old girl fled from the vehicle and was recovered safely by a state trooper.

Inside the SUV, a trooper found Ice critically injured from what preliminarily appears to be a self-inflicted gunshot wound. Ice later died at a Little Rock hospital.

The amber alert for Childress was cancelled at around midnight on Sunday, and the Aware Foundation – which focuses on missing and endangered people – later confirmed that she was safe.

Ice was also wanted by Pennsylvania law enforcement authorities in connection with other child predator cases, according to Arkansas State Police.

In addition to the kidnapping, he was wanted for charges of sexually assaulting a 14-year-old in Pennsylvania, Mahoning County Human Trafficking Task Force said, according to The Dispatch. 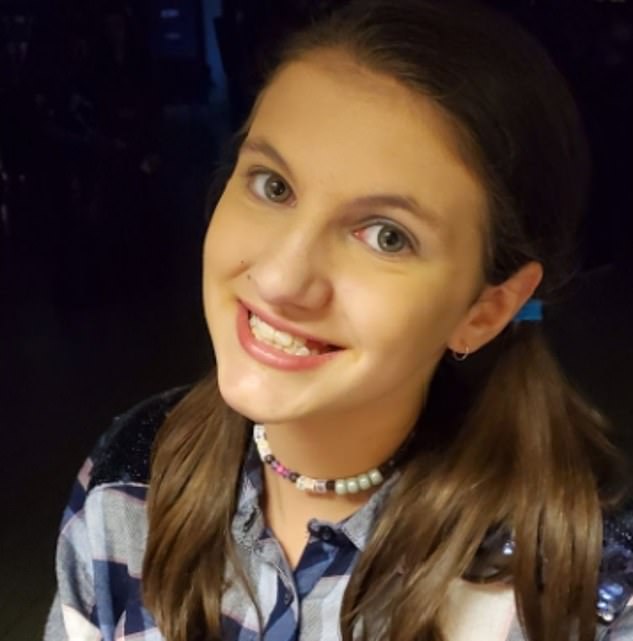 14-year-old Savannah Childress (pictured) who went missing from Denton over a week ago, was found safe after she fled from Ice’s car

The Davidson County Sheriff’s Office also said that Ice had been communicating with young girls in Alamance County.

Arkansas State Police, working with sheriff’s deputies in Davidson County, North Carolina, and with the North Carolina State Bureau of Investigation determined the girl had been kidnapped.

As of Sunday afternoon, the wounded officer was said to be in a stable condition, with Childress set to return home that day.

She had been missing since February 11, having last been seen by her father at around 7…

Square Reports Earnings Next Week. Why Wall Street Is Pounding The Table.

L.A. County says rate of positive COVID-19 tests is ‘lowest it’s ever been’

Newsom appears to post TikTok inside restaurant, denies eating there

How the Ad Council plans to get Americans comfortable with vaccines