BANGKOK/TOKYO/JAKARTA/LITTLE ROCK, U.S. — In Tuntex’s sprawling factory on the outskirts of Jakarta, self-guided vehicles trundle across the shop floor, carrying materials between auto-cutting stations — which churn out jigsaw pieces of fabric — and semi-automated sewing machines, where more than 1,000 workers oversee the construction of finished garments.

Tuntex, which supplies Adidas, Nike, Puma and other global clothing brands, has always had to be fast, turning around product lines quicker than its rivals to compete in the relentless cycles of the fast fashion market. Today, though, the pressure is growing on them to be ever quicker, ever more reactive.

“The average lead time went from 120 days to 90 days about four years ago, and now it’s 60 days. … Some manufacturers are even doing much shorter,” said Stanley Kang, Tuntex’s deputy general manager. “Automation and digitalization are changing everything, and when things change, we have to change. Whoever can respond faster will win.”

The demand for flexibility is now such that orders for football shirts can hinge on the result of a single match. “If, say, a team you make shirts for is winning in a competition, then you continue to sell,” Kang said. “We produce one country’s football shirts. If they won, the order [is] continued, if not — ‘end.'” Tuntex is expanding in Indonesia, where other Asian garment makers are beginning to converge. (Photo by Dimas Ardian)

Tuntex, like many others in the supply chain of the $1.4 trillion garments industry, is investing millions of dollars per year in new technology and new processes, as shifts in consumer demand reshape the sector. The days of stack-them-high, sell-them-cheap “fast fashion” are coming to an end, replaced by a new model which favors speed, precision, traceability and adaptability over bulk.

To adjust, suppliers are moving their centers of production across borders to be closer to infrastructure, raw materials and their eventual markets, allowing them to shave precious days off their turnaround times. They are also investing heavily in automation and digitization, as the technology becomes more advanced and competitive with the cheap labor that has sustained the industry.

The changing economics of the industry could profoundly impact those countries in South and Southeast Asia that have positioned themselves as hubs for the most basic elements of the garment supply chains. And it potentially ends a seven-decade-long global race to the bottom on wages, as full automation drastically changes how the industry turns a profit, and threatens to displace millions of low-skilled workers around the world.

“I think for countries like Bangladesh, and even Cambodia, just doing the basics has been enough until now,” said Sanchita Banerjee Saxena, executive director of the Institute for South Asia Studies at the University of California, Berkeley. “Now that the scenario is changing, there is going to be pressure to rethink the industry, and how they can move up [the value chain], and how to possibly diversify. Those questions have not really been front-of-mind in the last few decades. Now, I think they really will have to be.” 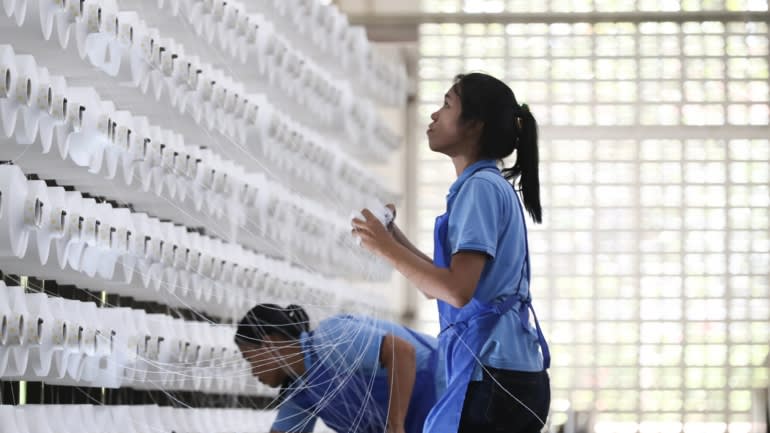 The reshuffling of supply chains is the consequence of seismic changes in the fashion industry. Retail chains specializing in the disposable, low-margin retail that prevailed in the early 2000s are struggling. The U.S. brand Forever 21 is the latest high-profile casualty, filing for Chapter 11 bankruptcy protection in September. It joins a list that includes the New York stalwart Barneys,…

Fintech: the rise of the Asian ‘super app’

Face Masks Are In

Asia on alert over mysterious virus outbreak in China

Unpacking the Allegations Against…