The European Union has sued AstraZeneca over what the bloc has described as delays in shipping hundreds of millions of doses of coronavirus vaccines, a sharp escalation of a longstanding dispute between the bloc and the maker of one of the world’s most important vaccines.

The two sides’ relationship had grown acrimonious in January when AstraZeneca slashed its expected deliveries for the first quarter of the year, setting back the bloc’s vaccination campaign by weeks as cases picked up across the continent and political leaders faced scorching criticism for inadequate planning.

For AstraZeneca, whose cheap and easy-to-store shot is being used by 135 countries, the lawsuit could create further difficulties in a bruising stretch. No company had been as instrumental in the race to vaccinate poorer countries around the world, but AstraZeneca has been buffeted in recent weeks by the discovery of an exceedingly rare, though serious, side effect that has prompted restrictions on its use in parts of Europe.

At issue in the legal dispute was whether AstraZeneca had done everything in its power to meet its delivery schedule. Pascal Soriot, the company’s chief executive, has said that the contract required only that it make its “best efforts” to deliver the purchased doses on time.

Vaccine production is a notoriously fickle science, with live cultures needing time to grow inside bioreactors, for instance. In an effort to supply doses not only to richer nations that had purchased them well in advance, but also to poorer nations, AstraZeneca had partnered with manufacturing sites around the world, rather than relying on only a few factories, as Pfizer and Moderna have.

AstraZeneca, which developed the vaccine with the University of Oxford, has also said that the European Commission, the bloc’s executive branch, finalized its contract months after Britain did, giving the company less time to iron out any manufacturing difficulties.

Legal experts said that the “best efforts” language in the contract raised the burden on the Europeans to prove that AstraZeneca did not act diligently enough to supply the promised doses. But they also said that it did not entirely insulate the company from being deemed in breach of contract.

Geert Van Calster, a law professor at Leuven University specializing in contracts, said that the accelerated timetable of the legal proceedings — the European Union said it expected a judgment in three to seven weeks — meant that the courts would consider only what was apparent from an “immediately obvious reading of the contract.”

That could make it more difficult for European officials to demand faster shipments. But Belgian courts, like many in continental Europe, consider not only the wording of a contract, but also its genesis, which could work to the advantage of the European Union.

“A European judge looks at the good faith or lack of it that the parties brought into the contract, at the way in which the contract was negotiated, the general atmosphere,” said Professor Van Calster. “I think that the commission probably hopes that the judge will be able to determine that AstraZeneca, in particular, has failed to supply a number of vaccines which they could have reasonably supplied to the European Union.”

He said that the court could rule that AstraZeneca must surrender a certain number of doses, but that the outcome was…

In Bid to Boost Its Profile, ISIS Turns to Africa’s Militants

When the EU’s Covid-19 Vaccine Drive Stumbled, It Turned to Mr. Fixit

Brexit Trade Deal Gets a Final OK From E.U. Parliament

EU launches legal action against AstraZeneca due to vaccine shortages

Airlines could benefit when the E.U. eases restrictions on travel.

European Union to accept vaccinated Americans by the summer 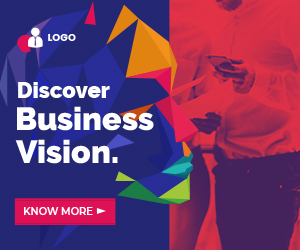