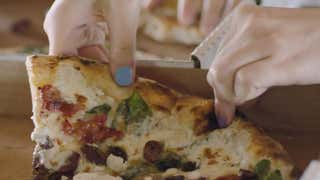 The U.S. Food and Drug Administration approved a new rapid at-home COVID-19 test kit that will cost less than $50 and be available with a doctor’s prescription.

The agency granted emergency use authorization Tuesday to the Lucira COVID-19 All-In-One Test Kit, which allows people to swab their noses at home and see the test results in 30 minutes. Usage is approved at home for those 14 and older, or for all ages if administered in a medical facility.

“While COVID-19 diagnostic tests have been authorized for at-home collection, this is the first that can be fully self-administered and provide results at home,” FDA Commissioner Dr. Stephen Hahn said in a news release. “This new testing option is an important diagnostic advancement to address the pandemic and reduce the public burden of disease transmission.”

News of the approval comes as vaccine maker Pfizer announced that its vaccine has proven more than 95% effective in trials and a request for emergency use authorization could come within days, according to ABC News.

Also Wednesday, New York City announced it’s closing schools until further notice. Officials continue to warn that the worst of the pandemic may be yet to come for the United States if the country can’t get a grip on soaring infection rates.

More than 1,700 people in the U.S. died of COVID-19 on Tuesday, according to data tracked by Johns Hopkins University. That equals one every minute.

Thirty-three states reported record daily numbers of new cases in the past week, according to the COVID-19 Tracking Project. Tuesday was the eighth straight day of record COVID-19 hospitalizations nationwide, with some 76,000 patients.

More than 11.4 million people in the U.S. have been infected with the disease and more than 249,000 have died, according to Johns Hopkins.

Worldwide cases of COVID-19 topped 56 million on Wednesday with more than 1.3 million deaths.

-Pfizer and its partner BioNTech announced final results Wednesday of their large-scale vaccine trial. The companies said the vaccine was more than 95% effective in testing and was proven to protect older people most at risk from the disease, The Associated Press reported. The results were the last data needed for the companies to request emergency use authorization from the FDA. Pfizer and BioNTech said they expect to produce up to 50 million vaccine doses globally this year and up to 1.3 billion doses in 2021. U.S. officials have said they hope to have at least 20 million doses each by late December of Pfizer’s vaccine and one being developed by Moderna.

-New York City Mayor Bill de Blasio ordered schools in the city to close and student to transition to remote learning until further notice. “New York City has reached the 3% testing positivity 7-day average threshold. Unfortunately, this means public school buildings will be closed as of tomorrow, Thursday, Nov. 19, out an abundance of caution,” de Blasio said. The city had previously announced schools would close at the 3% point.

-The rate of routine childhood vaccinations being administered in the U.S. dropped 26% between January and September, according to insurance data from Blue Cross Blue Shield. The agency said more than 9 million doses of vaccinations for things like measles and whooping cough could be missed by the end of the year, putting the country at risk for outbreaks of those diseases. In a survey, 40% of parents told BCBS their children had missed vaccinations because of the coronavirus pandemic.

Safety, tolerability, and immunogenicity of an inactivated SARS-CoV-2 vaccine

Get Paid $1,000 to Spend in Small Businesses This Holiday Season

Families of 6 Americans convicted in…

CBD is not a narcotic, says EU court as…

Murder in Turkey sparks outrage over…

Opinion | The Siren Song of ‘One State’