A YouTuber has revealed what day-to-day life in Bali is like amid Covid-19 restrictions as the holiday island reels from a lack of tourism.

Janet Newenham visited the Seminyak, Kuta, and Canggu areas of Bali in a video posted to her YouTube channel.

Seminyak and Kuta were both ghost towns with boarded-up businesses and no foot traffic, although vehicles still passed through. 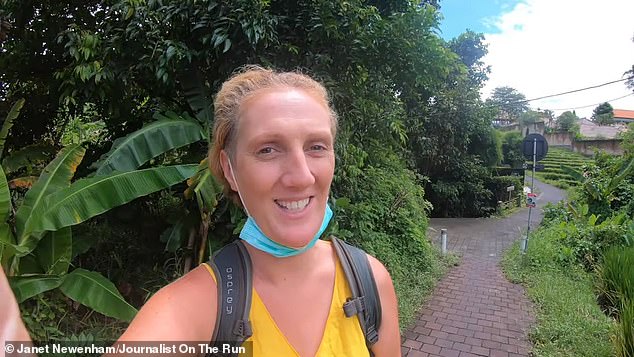 Journalist and blogger Janet Newenham (pictured) visited the Seminyak, Kuta and Canggu areas of Bali in a video posted to her self-titled YouTube channel on January 13 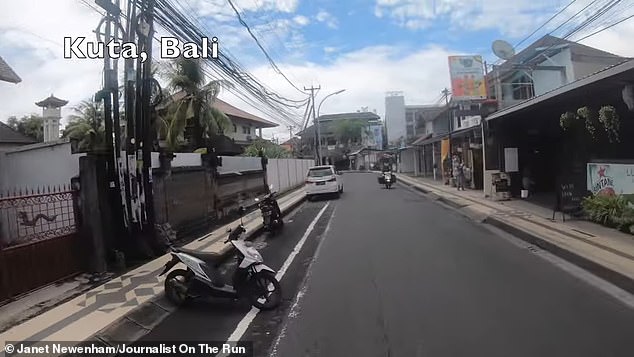 The streets of Kuta in Bali are full of closed businesses and devoid of foot traffic. The equally-touristy Seminyak has also suffered the same fate due to travel restrictions

‘Seminyak is totally dead, Kuta is totally empty, loads of the bars and restaurants have closed down – there’s not really anyone there,’ she said.

Ms Newenham visited one of the few remaining restaurants in Kuta, which was offering all dishes for 50,000 Rupiah (AU$4.67) to get people through the door.

She said Ubud was also not busy and most foreigners have relocated to either Uluwatu and Canggu – the latter of which she showed in her video.

The blogger visited Canggu’s Echo Beach, which was deserted except for a few surfers, and a restaurant, which required her to wear a mask and wash her hands.

Ms Newenham travels Bali using a scooter and is required to wear a mask while riding or be fined either a 100,000 Rupiah fine (AU$9.33) or made to do 15 to 50 pushups on the street. 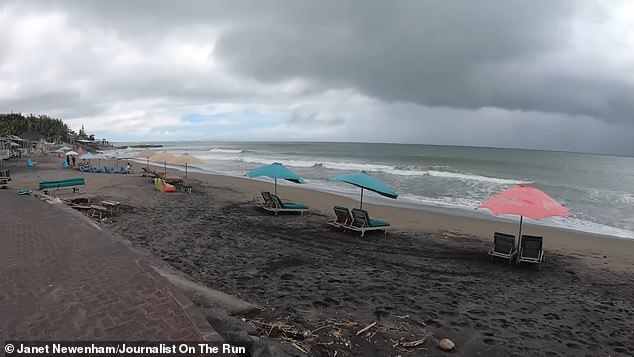 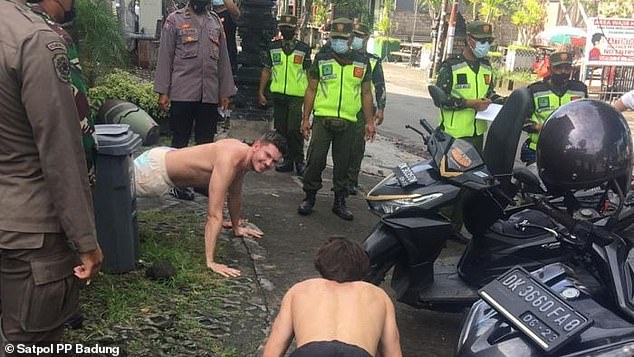 Bali security officers (pictured) force foreigners caught without wearing face masks to do push-ups in the street. Ms Newenham said foreigners are ‘laughing off’ the punishment and intentionally not wearing masks

‘Sadly this means a lot of foreigners are actually just laughing off the punishment and a lot of people are still going around on their scooters and not wearing masks,’ she said.

Ms Newenham’s video is now three weeks old, but she said the situation remains largely the same in Bali on Tuesday.

‘I just travelled around to the north of Bali and in three of the hotels I was the only guest. It’s so sad,’ she told Daily Mail Australia.

‘I went to Ubud last week and most shops and cafes and restaurants are closed and bordered up.

‘Everywhere else is dead except Denpasar as obviously that’s where all the locals live.’

Ms Newenham said Canggu was ‘definitely’ still busy thanks to some locals and foreign digital nomads remaining in the area. 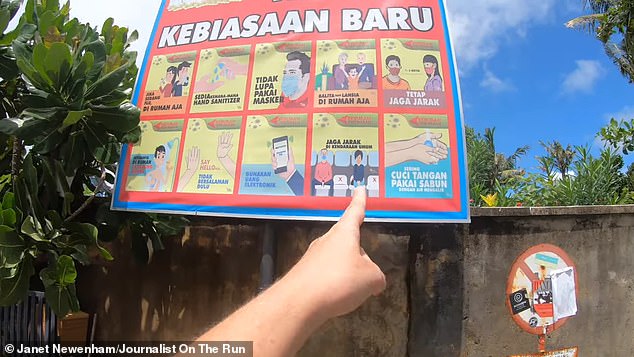 A sign encouraging people to wear masks, wash hands, socially distance and use a government app to sign in at venues 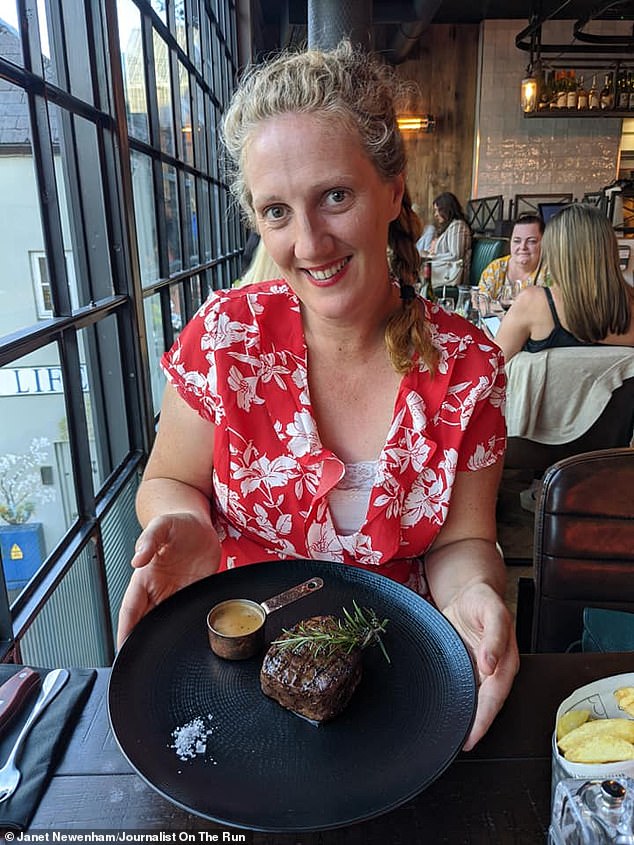 Indonesia’s Tourism Minister Sandiaga Uno started working from Bali last Thursday and has encouraged others to do so.

‘I want to invite business people and other professionals to start considering working from Bali,’ Mr Sandiaga said, according to Coconuts Bali.

‘Only those who have been vaccinated will be allowed to gain entry into Bali and they would be required to take a rapid antigen test on arrival in Indonesia,’ he said according to Antara Bali.

Read More:Blogger shares what it’s like in Bali a year after the pandemic began

Influencers and Expats Are Still Partying Hard in Pandemic-Hit Bali

Loud boom heard in Bali’s Buleleng regency may have come from falling meteor,

How European businesses are adapting to…

East Africa’s plague of locusts and the…

At least 33 Turkish soldiers killed in…

Inside The Elite Israeli Military Unit…